The month of May saw the start of one of the largest and most widespread eruptions of Kilauea Volcano in Hawaii. Consequently, Mr. May decided that all students should take the opportunity of investigating an eruption, that would change in its nature and size on a daily basis. Students in Grades 6 to 8 were tasked with the rather frustrating task of keeping up-to-date with the daily reports from the USGS (United States Geological Survey) and producing a news report covering the physical geography behind the eruption and the impact it continues to have on the people of Hawaii. The excitement and enthusiasm of students each day as new fissures opened up and new land was created was great to see, and the articles were wonderful to read. Even now, two months later, students are still commenting and discussing the daily reports on what is happening in Hawaii. 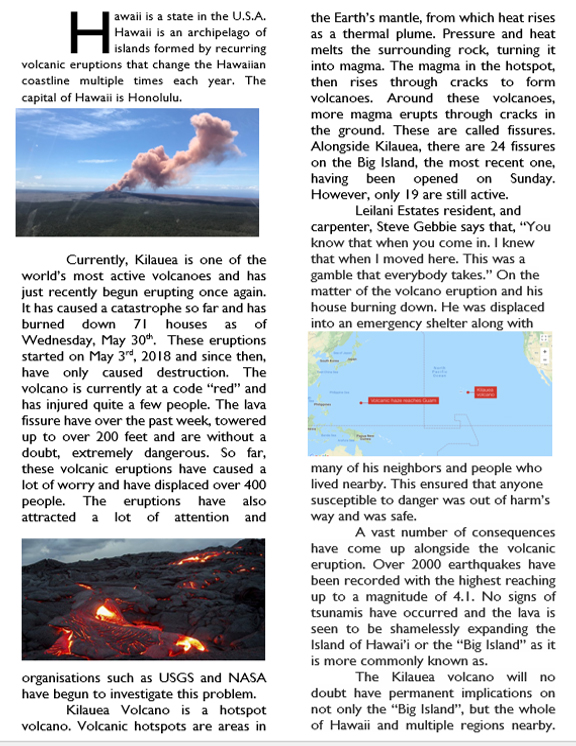 Staying with a Geographical theme, students in Grade 3 have, in recent weeks, built upon their learning in Green Week to investigate the concept of environmentalism. Via classroom activities and a focus on independent learning, they were able to present a variety of global issues and solutions and delivered an assembly to their peers. They also recognized the need to take some practical action in the form of a beach-cleaning trip here in Dubai. 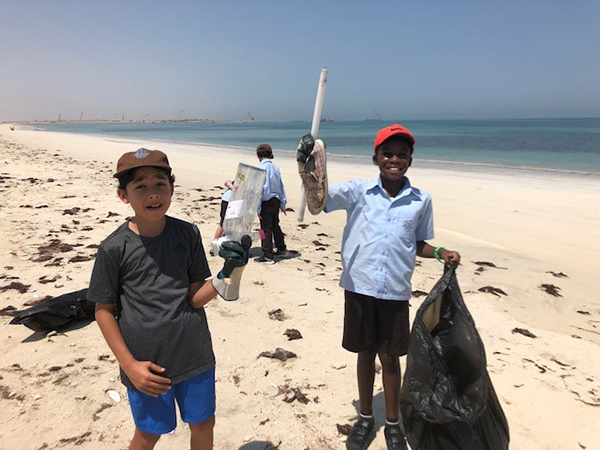 It is not just geography that has been focusing on investigating these last few weeks. In science, Senior School students have been fine-tuning their practical experiment skills in the lab as they investigate a myriad of topics from unicellular organisms, terminal velocity, acids and alkalis, and the human digestive system. The Physics department has been working with the Music department on an Interdisciplinary Unit with Grade 6 looking at the way sound waves are crucial in understanding music and different instruments. Grade 6 have also been working with Grades 9 and 10 to learn how to pitch manipulation both using instruments and music technology can influence the composition and the experience of music. 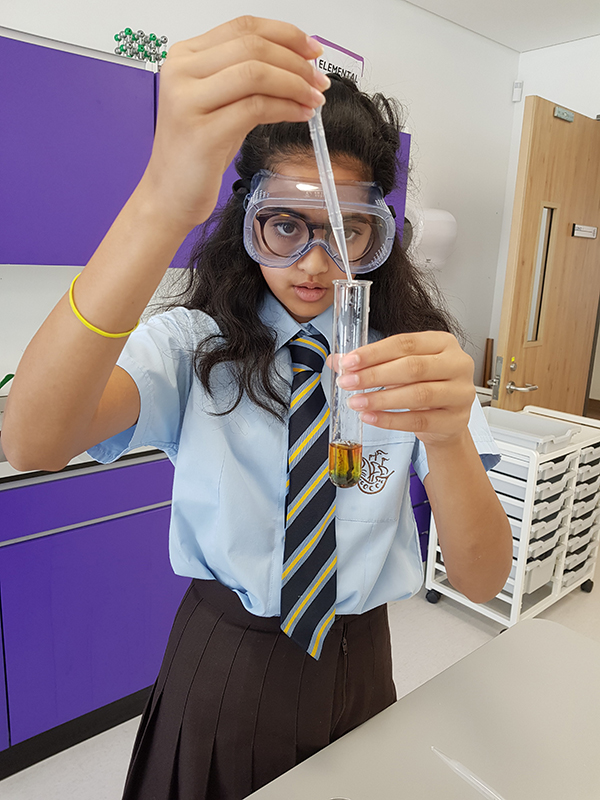 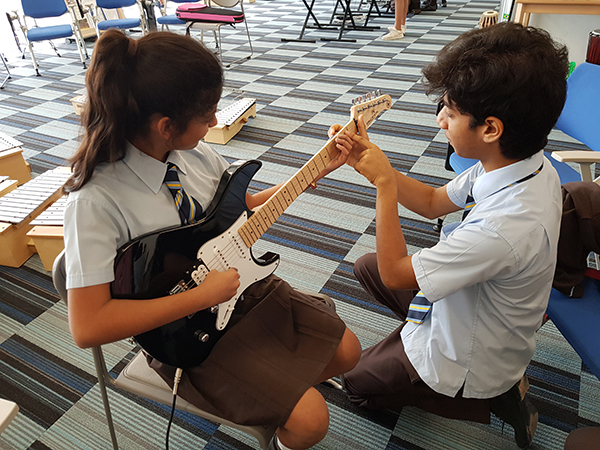 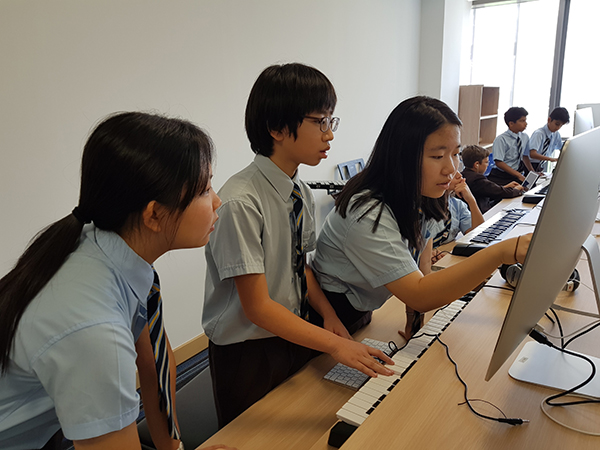 Students in the Junior School have also been very busy. Grade 2 have been focusing on how places and experiences of those places change over time. They held a conference morning during which parents and Senior School teachers were invited to speak about changing places and their experiences of change. Mr May spoke about how changes to the physical environment of post war Birmingham since the mid 1990’s and globalization have transformed the city but maybe not the perception of the place in the eyes of those who have not visited in recent years. Mrs. Monghino spoke about changes during the Boer War in Southern Africa. Mr Bayne spoke about how improvements in transport technology have facilitated new ways of travelling to visit family and friends across the English Channel. Mrs. Ahmed spoke about her uncle, a human rights lawyer based in the USA and how he has influenced change in Pakistan regarding people’s daily lives, security and rights in recent years. Finally, Mr Schmidt spoke about global changes in communication technology and how the world has become a smaller and more interconnected place in the last fifty years. Students were able to ask questions, focus on the skills of note taking and apply their learning to a reflection on the content of the conference.

Grade 4 have been exploring the transdisciplinary theme of ‘How We Organise Ourselves’. Their central idea: People organise themselves because of economic, geographical and human factors. Students were asked what their highlight of the term was and the majority of students picked their research projects on migration. They were asked to choose a country and, based on research regarding economic, geographic and human factors, consider whether it would be a good place to migrate to. They then created a presentation to support their findings. It was great to see them considering all the factors they had investigated and use these to persuade others to follow their advice. This has linked directly to their literacy text, ‘The Matchbox Diary’ by Paul Fleischman, which takes a personal look at migration from Italy to the United States in the 20th Century.

The First School has also been investigating many concepts and ideas in recent weeks. KG1 have been looking at the possibilities open to them in the future. They went to Kidzania at Dubai Mall to get some inspiration, then discussed what jobs they might like to do in the future and what skills they would need to be successful, and came to school dressed as their chosen future role. 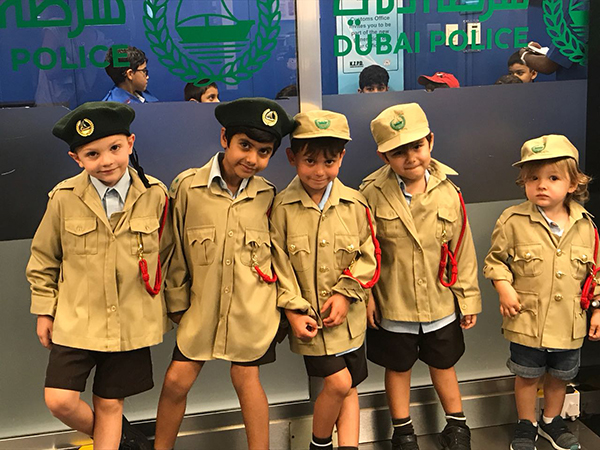