We have over 20 academic societies up and running this year, including Art (Eloquium), Arabic, Drama, Music, Current Affairs, Media and Digital, Film, Environmental, Medical and the Law Society to name just a few.  All students participating have been incredibly organised so far and have led some fantastic sessions. The Law Society have been discussing moral conundrums and the psychology of murder! The Medical society have led a heart dissection and a discussion about mental health awareness and the Economics Society led a debate on the impact of Brexit. 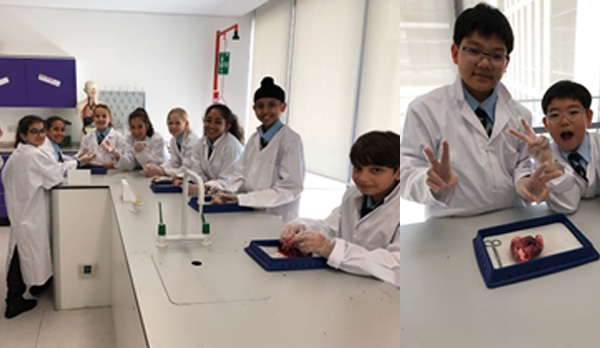 In the coming weeks, a spokesperson from the Centre of Cultural Understanding will be coming to present on the History and Culture of Dubai and the Maths society will also be presenting “Maths in the world around us”. Miss Bojana Velickovic, Early Years teacher, will also be presenting to the History Society about her personal account of the Balkans conflict at the end of the 20th Century. Future plans include a new school conservation garden and a charity committee, which will raise funds for a variety of approved charities.
This term NLCS Dubai are offering 170 extra-curricular activities each week, which is a significant increase since last year. The vast majority of the clubs are free and are led by experienced school staff members in an area of interest to them.
One of the most popular clubs in the First School is ‘Little Scientist’, where students get to try out strange and exciting experiments. Other popular clubs are ‘FUN’s’, ‘Green Fingers’ and ‘Fun with food’, which provide lots of interactive fun for the KG1 students. Gymnastics and Ballet are also a highlight for many of our students.
The Lower School students are enjoying the ‘Mad Scientist’ Club, with 2 sessions being held each week, both of which are full. Both the Arts and Debating club are also thriving, with 16 students in each. The Junior Orchestra is also proving very popular with over 20 members.
So far this term, Badminton Club, Scuba Club, Music and Drama, Photography Club and MasterChef (Spanish edition) have proved to be very popular with our Senior Students.
There is still availability for many of the extra-curricular activities and we encourage the students to join, to help them find their passion at NLCS Dubai!
We are extremely proud of all students who have taken part in the various sports tournaments that have taken place since the start of the Term. Our Senior Swim Squad competed in a DASSA Relay Gala against four other schools and finished 2nd overall. The U16 Girls also played away for the first ever NLCS Dubai competitive girls football league fixture: we had a close match, with a 2-1 score. The U13 Girls took on Uptown Mirdif in their first football fixture, which finished with a 1-1 draw. The U16 Boys Basketball team won their second match of the season against Horizon International School with a 30-23 score. Upcoming events include the U13 and U16 Boys Football away from home and the U13 Girls hosting Kings Al Barsha here at NLCS Dubai on Tuesday 16th October. We hope to see you all cheering in the stands! We would also like to congratulate the Junior swim squad on winning the overall competition in their first DAPSA gala, with a win of 46 points across all categories over 4 schools – go team NLCS! 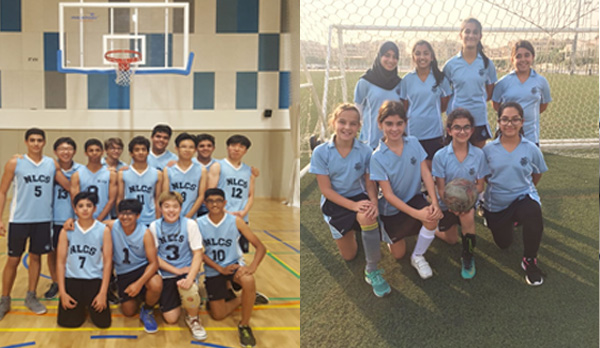 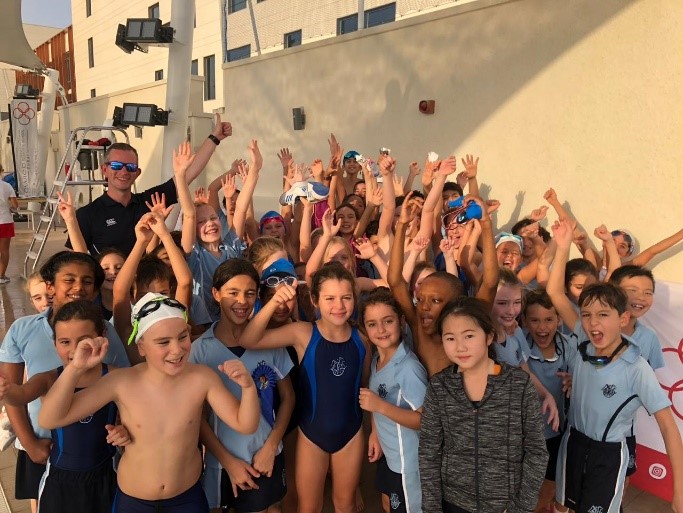