Languages and the use of language has been a theme this half term. The School recently celebrated ‘Modern Foreign Languages’ week with a range of fun-filled activities. The MFL department and the Languages Society held a national flag quiz, Chinese lantern making class and a French and Spanish speaking day; the students were able to learn about different languages, cultures, and traditions from around the world. Students from both the Junior and Senior School also went to see Aladdin in French, which was enjoyed by all. 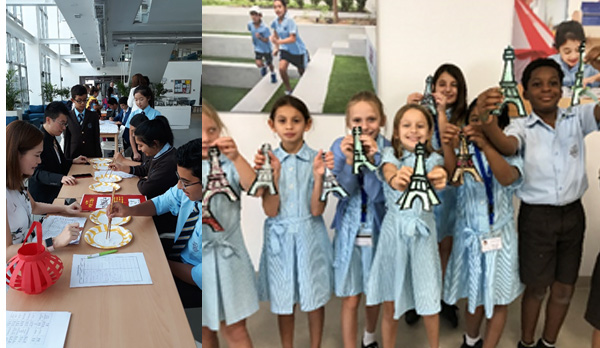 Later in the Term, the School also celebrated ‘UK National Poetry day’ with a week of entertaining and thought-provoking activities; this year the theme was ‘Poetry for Change’. Students explored the theme, named poems from their famous first lines and wrote a whole school poem based on ‘change’, which was later showcased by the NLCS Literary Society at a student-led assembly. The chosen theme certainly brought out the best in our young poets and the creative process became significantly more emotional than we anticipated! At the Diploma level, our Grade 11 students have been learning about World War 1 Literature and looking at the works of the Russian poet, Anna Akhmatova.

The 2018-19 House Competition was launched with languages in mind, as students were asked to create a piece of writing in either French, Spanish, Mandarin or Arabic on the theme of ‘change’.  We look forward to receiving some wonderful pieces and announcing the winners after the half-term break.