It has been another brilliant half term of sport for TeamNLCS. With more PE staff this year, the department has doubled the amount of teams and competitions entered. The aim has been to provide as many opportunities as possible for students to represent their school through the DASSA and DAPSA leagues, as well as various friendly participation events.  This term has seen a significant increase in the amount of girls involved in sport, with both football and netball both very popular. Girls’ football has really taken off, with teams entered for under 9, under 11 and senior girls thanks to the enthusiasm of Miss Jones. In netball, our under 9 and under 11 girls have played several tournaments in preparation for their league fixtures next term. The senior girls have been leading by example, with convincing victories in their pre-league fixtures. In boys sport, the under 9 boys football team won their league competition that spanned three tournaments and our under 11s came close in theirs. The under 13 and under 16 boys both competed in the DASSA 11-a-side league alongside the senior boys’ basketball team in the basketball league.

Our most competitive sport last year was swimming and it has continued to grow with large numbers at trials. The junior squad remain undefeated this term, winning both the Relay and Top 4 gala formats in our division. What is most impressive is that the squad has collectively achieved 205 personal best times since September: an outstanding achievement and credit to the work and commitment students have given to training. To end the term, both the junior and senior swim squads will be taking part in a time trial event in a bid to qualify for the Middle East Unity Cup in February. This will provide the opportunity to swim against schools from around the Gulf in an Olympic standard venue at the Hamdan Swimming Complex.
Team NLCS are excited for Term 2, which will see the launch of the athletics programme, alongside more netball and basketball. We will also be aiming for big performances in the MEUC competition and hoping to qualify for the DAPSA Swimming Championships in the summer. 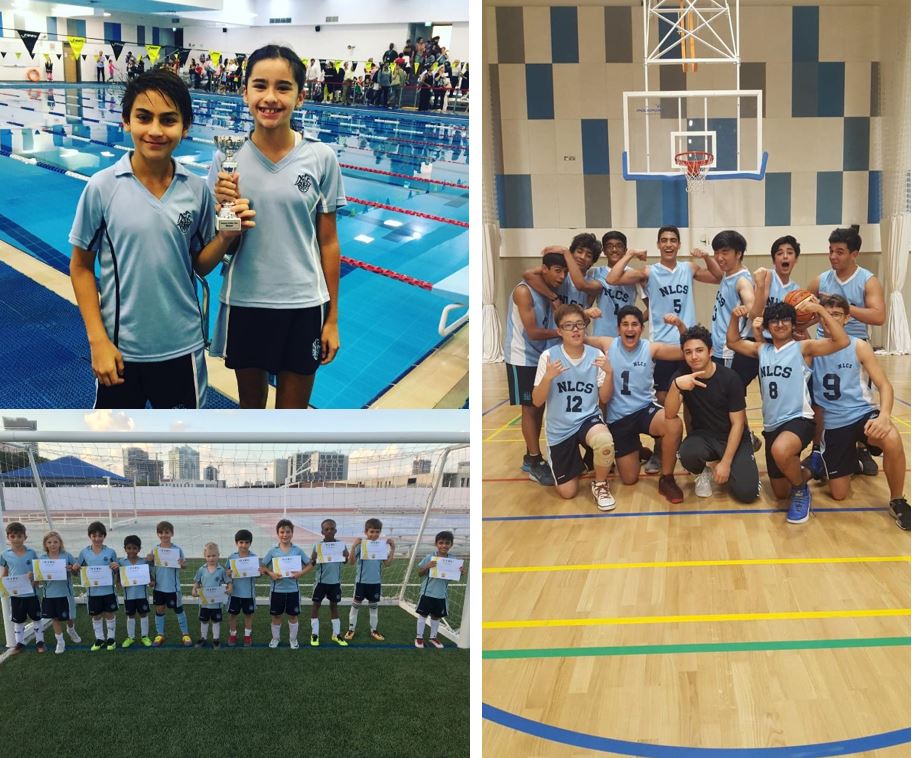